Dale and Kim Sheckler are California natives living nearly their entire lives in Torrance, CA and meeting in high school where they established a relationship as best friends.

After high school Kim and Dale would reconnect this time romantically that would eventually lead to marriage in 1982.

In 1973 while still in high school Dale discovered his career ambitions as a certified diver.

Starting in 1977, Dale’s diving career first led him down the road as a California marine biological specimen collector than as a commercial oil field deep-sea diver working in such diverse locations as California, Gulf of Mexico, South America, West Africa and the Persian Gulf. His deepest dive was 400 feet off the coast of Venezuela. Meanwhile Kim continued her career as Registered Nurse in California and Houston, TX were Dale was based.

Eventually stepping away from commercial diving, Dale and Kim returned to their hometown of Torrance, CA to continue careers of diving, photography, and nursing.

In 1984 they founded California Diving News, the only publication dedicated to California scuba diving. Still published 11 times a year, it is the oldest continuously published diving journal in the U.S. For over 27 years they acted as publishers and editors.

In 1986 Kim stepped away from nursing to participate full time in the rapidly growing family business.

Thousands of their articles and photographs appeared in the publication over the years. Additional media exposure came through the publishing of their material and photos in local and national non-diving publications. Radio and television appearances have provided additional exposure as well as acting as a consultants through various mediums.

Other than heavy dive experience in California waters, assignments have taken them to such diverse locations as Fiji, the Philippines, Indonesia, Malaysia, Sea of Cortez, Hawaii, Bahamas, and numerous locations throughout the Caribbean.

In 1988 Dale and Kim founded the SCUBA Show, an annual consumer expo that rapidly became the largest, most successful show in the U.S. diving community.

During this time they acted as Publisher and Author of over a dozen books. An extensive library can be found online from Saint Brendan.

During the operation of the business Kim and Dale made the time to raise a family of three wonderful boys, Christopher, Reed and Eric, that at one time or another participated in the growth of the business. Dale and Kim coached all the boys in football leading them to several undefeated city championships. All are now college graduates and have their own careers.

In 2012 Dale and Kim sold California Diving News and the SCUBA Show but continue to be active in those endeavors as writers and Editors-At-Large for the journal and consultants for the SCUBA Show. Dale and Kim are also regular seminar presenters at the expo. They continue to be a presence in the California Diving Community and are frequently seen giving presentations at local dive clubs as well.

With Kim at his side, in addition to their diving work and fun, Dale spends time with his duties as a Deacon in his local church which include presiding at funerals, baptisms, and weddings as well as projects to serve the poor and disadvantaged in Los Angeles and international community. 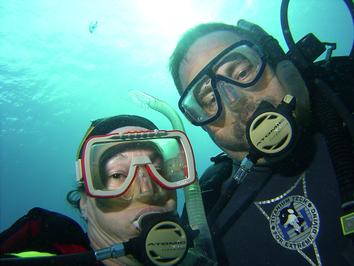 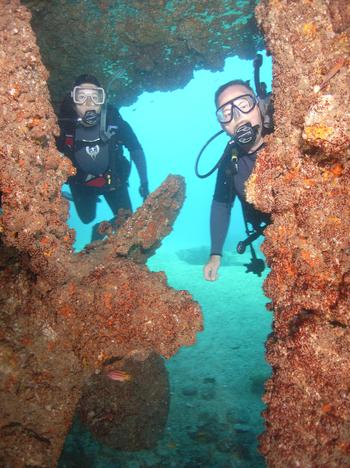 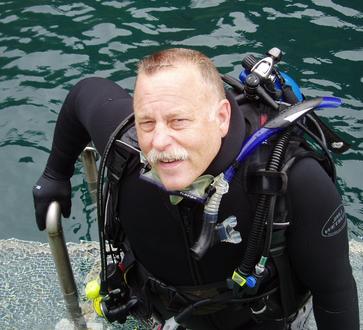 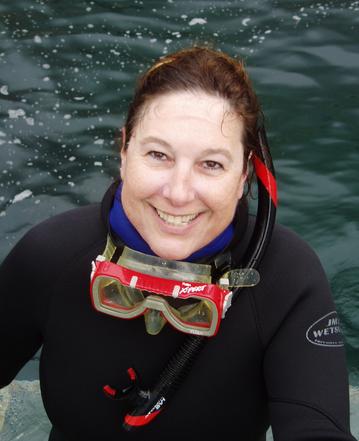